Protesters have taken to the streets of the capital, Khartoum, and there are reports of gunfire.

Military and civilian leaders have been at odds since long-time ruler Omar al-Bashir was overthrown two years ago and a transitional government set up.

Although the country remains in a deep economic crisis, there had been more international support - and a military takeover will put that hugely at risk.

Video footage from the north African nation's capital on Monday showed protesters manning lit barricades and entering the area near the military's headquarters.

One demonstrator, Haitham Mohamed, told Agence France-Presse (AFP): "We are ready to give our lives for the democratic transition in Sudan."

Prime Minister AbdallahHamdok is among those reported to have been put under house arrest, along with members of his cabinet and other civilian leaders.

A statement from the information ministry on Facebook said those arrested were being held in "an unidentified location".

It also said MrHamdok was being pressed to support a coup but was refusing to do so and he urged people to continue with peaceful protests to "defend the revolution".

Gen Burhan has been heading the Sovereign Council, part of a power-sharing arrangement between military and civilian leaders.

In a televised address, he said infighting between politicians, ambition and incitement to violence had forced him to act to protect the safety of the nation and to "rectify the revolution's course".

He said Sudan was still committed to "international accords" and the transition to civilian rule, with elections planned for July 2023.

Tigray crisis: How the West has fallen out with Ethiopia's PM

Both the US and EU have threatened sanctions on the government and its arch-enemy, the Tigray People's Liberation Front (TPLF), in a bid to press them into ending the almost year-long conflict that some fear could be as devastating as the civil war that led to the break-up of Yugoslavia.

KjetilTronvoll, a professor in conflict studies at the Oslo New University College in Norway, said this has led to the government's focus shifting.

"The Ethiopian government feels that it can do without the West - that it can obtain weapons from Iran, Turkey and China, soft loans from Saudi Arabia and the United Arab Emirates, and political protection from Russia and China," he said, pointing out that the latter two had already blocked the UN Security Council from agreeing on a resolution on the civil war.

He added that while there was no official confirmation, there were credible reports that the Ethiopian military had obtained Iranian and Turkish-manufactured drones to carry out strikes in Tigray in the hope of tilting the war in its favor.

Canada-based Ethiopia analyst Ann Fitz-Gerald said she was concerned by US and EU moves to take "punitive measures" against the government.

"The international community should be standing by the legitimate government of Ethiopia, and all three regions [Tigray, Amhara and Afar] affected by the conflict. It should call out the TPLF's atrocities, and call on it to lay down arms," she said, adding that there was also a need for the government to communicate more clearly and regularly.

Prof Tronvoll said the EU and US had seen Prime Minister Abiy Ahmed as a "close strategic partner" when he took office in 2018, and regarded Ethiopia as a "lynchpin of security" in a region that was close to the shipping routes of the Red Sea, a hot-bed of militant Islamist activity, and a major source of migration to Europe.

"Their relationship deteriorated after the war started. The US and EU became increasingly critical of government atrocities, and the famine-like conditions in Tigray," Prof Tronvoll added.

UN officials say that a de facto blockade imposed on Tigray by the government has restricted aid deliveries, leaving about 400,000 people in famine-like conditions in the region.

Faisal Roble, a US-based Horn of Africa analyst, said that if the government does not soften its approach, the West could consider creating a humanitarian corridor into Tigray from Sudan, or declare a no-fly zone over the war-battered region so that food and medicine could be air-dropped.

But Ethiopia-based analyst WuhibeegzerFerede warned against "humanitarian imperialism" and "unbridled" diplomatic pressure on the government.

Pressure should instead be placed on the TPLF to give the federal government unfettered access to Tigray so that it could deliver aid to people there, he said.

"The international community's preoccupation should not only be with Tigray", but also with the neighbouring regions of Amhara and Afar as a TPLF offensive has created a humanitarian crisis there too, he added.

EU foreign policy chief JosepBorrell announced on 18 August that while development aid to Ethiopia would continue, the EU planned to impose sanctions against groups involved in the conflict once a UN investigation into human rights abuses was finalised.

"Tigray is shattered by systematic violations of human rights by armed groups that use war crimes and crimes against humanity as a weapon," he said.

Prof Tronvoll said the administration of US President Joe Biden was also stepping up pressure through the following measures:

"When there is a war and pressure to end it, you would expect Ethiopia to strengthen its diplomatic presence in the US and Europe to win the argument, but the opposite is happening," Prof Tronvoll said.

He is referring to the fact that the government announced in June that it was shutting or downgrading about 30 diplomatic missions around the world - including in African states such as neighbouring Kenya, the economic powerhouse in East Africa, and Egypt, with whom Ethiopia is at loggerheads over the building of a dam on a tributary over the River Nile.

"Ethiopia had one of Africa's oldest and strongest diplomatic corps, but that's changing under this government," Prof Tronvoll said.

For UK-based Horn of Africa analyst AbdurahmanSayed the government's announcement signalled a move towards "digital diplomacy" to save money, and to "cleanse" diplomatic missions of TPLF supporters.

"Western countries do not understand Ethiopia. They are emboldening the TPLF by threatening sanctions against the government," MrSayed said.

"They need to learn from the African Union (AU), which is respectful of the federal government's jurisdiction over its sovereign territories."

Prof Tronvoll said the diplomatic pressure from the US and EU was aimed at getting the government and TPLF to agree to a ceasefire and peace talks under the AU's auspices.

The AU has appointed Nigeria's ex-President OlusegunObasanjo as its special envoy after MrAbiy, a Nobel Peace Prize winner, rebuffed the efforts of its previous envoys, including Liberia's Nobel peace laureate Ellen Johnson Sirleaf, to broker a ceasefire.

"The TPLF has welcomed any peace negotiation initiative, but has doubts about MrObasanjo for many reasons, among them because he is an evangelical Christian, like MrAbiy," Prof Tronvoll said.

"As for MrAbiy, he has accepted MrObasanjo as an envoy, but he has so far not committed himself to a peace process," Prof Tronvoll added.

In a jointly written article in Politico magazine, Alex Rondos and Mark Medish, former senior officials in the EU and US government respectively, warned that Ethiopia could disintegrate like Yugoslavia, with far more serious repercussions, if efforts to end the conflict were not stepped up.

"This crisis will require diplomacy and mediation on a scale not seen since the 1995 Dayton peace process to end the bloody war in Bosnia," they wrote.

But MrSayed doubts that any peace process would succeed.

"Ethiopian politics is always a zero-sum game. One side will have to defeat the other," he said. 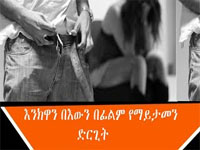 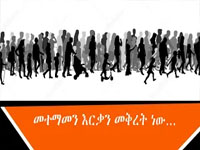 Due to an error, potentially a timed-out connection to Twitter, this user's tweets are unable to be displayed.