On 4 September, federal prosecutors said they want to proceed to trial after presenting 10 out of 15 witnesses, two of whom had their identities concealed, in the case of Oromo Federalist Congress (OFC) politicians Jawar Mohammed and Bekele Gerba.
The trial could begin at the Federal High Court within a week.
In pre-trial hearings on 1 September two more witnesses appeared. The next day, during the final witness testimony, a defendant, Hameza Adane, also an OFC member, said the suspects are being defamed in the media.
“Our families had to change their residence due to discrimination; the propaganda outside against us is heavy. Even though we did no such thing, the state has brought a witness who told myself and Bekele gave order which resulted the death of 160 people.  We are being defamed with a crime we didn’t commit and I’ve asked the court before to give order for the discontinuance of such defamations,” he said.
Defense attorney Tuli Bayessa told Ethiopia Insight that they are considering suing the media outlets. The judge said the First Instance Court could only investigate specific complaints and asked Hameza to name the outlets and detail the allegedly defamatory statements. In response, the defendant named Feteh magazine.
On 4 September, testimonies and cross examinations of two more witnesses took place. Prosecutors then said they have presented enough testimonies and the remaining five witnesses will appear at the Federal High Court trial. They have until 18 September to file charges with the court.
During pre-trial hearings, the Attorney General’s Office prosecutors presented the general nature of evidence acquired by police investigators in order to justify the arrest of the suspect. During the subsequent preliminary inquiry, which is only routine in cases involving serious alleged crimes, witnesses were heard, and those testimonies are transferred to the Federal High Court for the trial.
On the last session of the pretrial inquiry, the court said the prosecution asked for 15 days to file charges after receiving the copy of the testimonies. However, as per article 109 of the Criminal Procedure Code, the 15-day countdown begins from the day of the conclusion of the witness hearings.
Defense attorneys argued that the 15 days granted to file charges is not necessary since the police investigation was concluded a month ago. The defense also asked the court to release the suspects on bail until the trial but that was rejected. Suspects told the court the testimonies presented were false and that the dispute needs a political, not legal, resolution.
Jawar and Bekele again asked the court to allow the suspects to be detained together, as there is no justification for solitary detention. The court ordered the suspects to be allowed to see each other and get enough outdoors time, yet Jawar pointed out that a previous order from the court on the matter had not been implemented.
Upon the judge’s request, the Deputy Director of the Federal Prison Administration Etenesh Woldegabriel said she did not know why this had not occurred. The judge told the deputy director that the 4 September order should be carried out without any preconditions, but, by 13 September, this had not occurred, despite a defense complaint three days before.
Jawar and Bekele made a closing statement thanking the judge, prosecutors, and police officers for trying to be fair and treating them well. Jawar asked the officers to extend such treatment to all individuals under their custody. Bekele said “This is isn’t the first time I stood court. We all know how it used to be and what happened in this very court room two years ago. Now I have much more respect for this court”.
On 7 September, Deputy Attorney General Fekadu Tsega said the suspected killers of Hachalu Hundessa, a 29 June incident that triggered the deadly chaos Jawar and Bekele are suspected of stoking, will also be charged next week and that related investigations are also nearing conclusion.
Defense attorney Tuli Bayessa told Ethiopia Insight the pre-trial process had been smooth and that the replacement judge was an improvement on the first one, who he claims unlawfully denied Jawar’s request to see his doctor.
The prosecution was strict about keeping the testimonies and identities of the witnesses concealed throughout the preliminary inquiry. No journalists were allowed inside the court room, instead they follow proceedings, apart from the witness testimonies, on a plasma screen in an adjacent room. According to the defense, the testimonies were kept hidden as they may have revealed the witnesses’ identity, but normally this occurs in a fully closed session. Prosecutors claimed some state witnesses had experienced intimidation.
Only four family members of the suspects were allowed to attend the witness hearings. On 1 September, Ethiopia Insight’s correspondent asked other journalists if it was permissible to interview the family members. The correspondent was then questioned by a police officer and told that such an interview would be construed as an attempt to reveal the contents of the concealed testimonies.
(Source: Ethiopia Insight, September 14, 2020
by Leul Estifanos ) 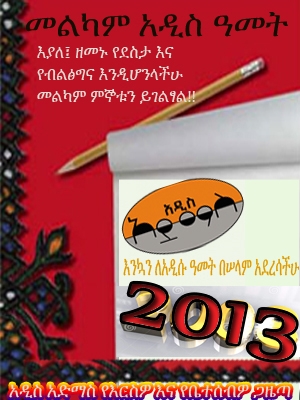