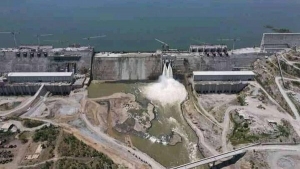 CAIRO — Ethiopia has started the second phase of filling the reservoir of its mega-dam on the upper Blue Nile, Egypt and Sudan said, raising tensions Tuesday ahead of an upcoming UN Security Council meeting on the divisive project.
Both Cairo and Khartoum said they had been notified by Addis Ababa that the second phase of filling had begun at the Grand Ethiopian Renaissance Dam (GERD).
Egypt's irrigation ministry late Monday expressed its "firm rejection of this unilateral measure" and Sudan's foreign ministry on Tuesday followed suit, labeling the move a "risk and imminent threat".
In Addis Ababa, the offices of Prime Minister Abiy Ahmed and Irrigation Minister Seleshi Bekele did not respond to AFP's requests for comment.
The huge dam, set to be Africa's largest hydroelectric project when completed, has sparked an almost decade-long diplomatic stand-off between Addis Ababa and downstream nations Egypt and Sudan.
Ethiopia says the project is essential to its development, but Cairo and Khartoum fear it could restrict their citizens' water access.
Both governments have been urging Addis Ababa to ink a binding deal over the filling and the dam's operations, and calling on the UN Security Council to take up the matter.
Thursday's Security Council meeting was requested by Tunisia on behalf of Egypt and Sudan, a diplomatic source told AFP.
But France's ambassador to the UN said last week that the council itself can do little apart from bringing all the sides together.
"We can open the door, invite the three countries at the table, bring them to express their concerns, encourage them to get back to the negotiations and find a solution," he told reporters.
Egyptian Foreign Minister Sameh Shoukry said in a note to the UN that negotiations are at an impasse, and accused Ethiopia of adopting “a policy of intransigence that undermined our collective endeavours to reach an agreement.”
Relations between Cairo and Addis Ababa have been icy over the past decade. Tensions have also risen between Ethiopia and Sudan as the Tigray conflict has sent refugees fleeing across the border into Sudan.
Shoukry and his Sudanese counterpart Mariam Al Mahdi met in New York ahead of the Security Council talks and reiterated their “firm rejection” of Ethiopia’s move, Cairo said.
Addis Ababa had previously announced it would proceed to the second stage of filling in July, with or without a deal.
Ethiopia argues that adding water to the reservoir, especially during the months of July and August which typically enjoy heavy rainfall, is a natural part of the construction process.
“Filling goes in tandem with the construction,” said a senior official at the water ministry. “If the rainfall is as you see it now in July, it must have begun.”
The Nile, which at some 5954 kilometres  is one of the longest rivers in the world, is an essential source of water and electricity for a dozen East African countries.
Egypt, which depends on the Nile for about 97 per cent of its irrigation and drinking water, sees the dam as an existential threat.
Sudan hopes the project will regulate annual flooding but fears its own dams would be harmed without agreement on the Ethiopian operation.
The 145 metre tall mega-dam, construction of which began in 2011, has a reservoir with a capacity of 74 billion cubic metres.
Filling began last year, with Ethiopia announcing in July 2020 it had hit its target of 4.9 billion cubic metres — enough to test the dam’s first two turbines, an important milestone on the way to producing energy.
The goal is to add 13.5 billion cubic metres of water this year.
Reaching that target would be a political boon for Ethiopia’s Abiy as he strains to end the brutal war in Tigray, said Costantinos Berhutesfa Costantinos, a public policy expert at Addis Ababa University.

“This is a unifying factor for Ethiopians in the middle of so many ethnic conflicts you see here, and therefore it’s important for the country and the leadership of the country to complete the dam in accordance with the schedule,” Costantinos said.
Egypt and Sudan wanted a trilateral agreement on the dam’s operations to be reached before any filling began. But Ethiopia says it is impossible to postpone.
Last year, Sudan said the process had caused water shortages, including in the capital Khartoum — a claim Ethiopia disputed.
Costantinos dismissed the notion that further reservoir-filling would be harmful.
“I don’t think it will have an impact. If anything it will have a positive impact as it will prevent flooding in Sudan, and this water is going to be available to them. It is not going to be withheld permanently,” he said.
(THE JORDAN TIMES) 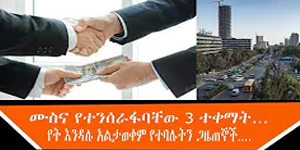 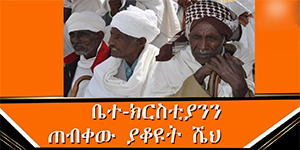 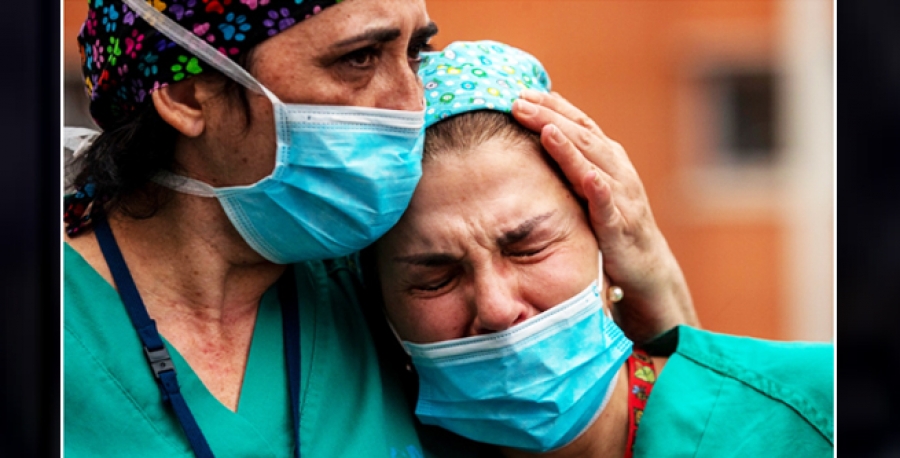