Sixteen women from the town of NifasMewcha in Ethiopia’s Amhara region told Amnesty International they were raped by fighters from the Tigray People’s Liberation Front (TPLF) during the group’s attack on the town in mid-August 2021.

Survivors described being raped at gunpoint, robbed, and subjected to physical and verbal assaults by TPLF fighters, who also destroyed and looted medical facilities in the town. Fourteen of the 16 women Amnesty International interviewed said they were gang raped.

The TPLF took control of NifasMewcha, in Amhara’sGaint District, for nine days between 12 and 21 August 2021, as part of an ongoing offensive into parts of the Amhara and Afar regions. Regional government officials told Amnesty International that more than 70 women reported to authorities that they were raped in NifasMewcha during this period.

The testimonies we heard from survivors describe despicable acts by TPLF fighters that amount to war crimes, and potentially crimes against humanity. They defy morality or any iota of humanity.

“The testimonies we heard from survivors describe despicable acts by TPLF fighters that amount to war crimes, and potentially crimes against humanity. They defy morality or any iota of humanity,” said AgnèsCallamard, Amnesty International’s Secretary General.

“TPLF fighters must immediately stop all human rights abuses and violations of international humanitarian law, including sexual and gender-based violence. The leadership must make clear that such abuses will not be tolerated and remove suspected perpetrators from their ranks.”

The organization also interviewed the head of NifasMewcha hospital, as well as local and regional government officials with knowledge of the assault and its aftermath.

According to a local government desk officer for Women, Children and Youth Affairs, 71 women reported that they were raped by TPLF fighters during the period in question; the Federal Ministry of Justice puts the number at 73.

Survivors told Amnesty International that the attacks began as soon as the TPLF took control of the town on 12 August 2021. The women all identified the perpetrators as TPLF fighters based on their accents and the ethnic slurs they used against victims, as well as their overt announcements that they were TPLF.

Bemnet, a 45-year-old NifasMewcha resident, told Amnesty International that four TPLF fighters came to her house on the evening of 14 August and demanded she make them coffee, before three of them gang raped her. She said:

“I suspected their intentions, and I sent away my daughters to stay away from the house. [The soldiers] told me to bring them home. I told them they won’t come. Then they started to insult me. They were saying ‘Amhara is donkey’, ‘Amhara is useless’. One of them told the others to stop insulting me. He said, ‘she is our mother; we don’t have to harm her’. They forced him to leave the house and three of them stayed back at my home. Then they raped me in turns.”

“It is not easy to tell you what they did to me. They raped me. Three of them raped me while my children were crying. My elder son is 10 and the other is nine years, they were crying when [the TPLF fighters] raped me. [The fighters] did whatever they wanted and left. They also assaulted me physically and took shiro and berbere [local food items]. They slapped me [and] kicked me. They were cocking their guns as if they are going to shoot me.”

Hamelmal, 28, sells enjera in the town. She told Amnesty International that four TPLF fighters raped her during the night of 13 August at her home, while her daughter watched:

“I have children, 10- and two-year-old girls. I was scared they might kill my daughter. I said, ‘don’t kill my children, do whatever you want to me.’ The youngest was asleep, but the older [one] was awake and saw what happened. I don’t have the strength to tell you what she saw.”

They were saying ‘Amhara is donkey’, ‘Amhara is useless’. One of them told the others to stop insulting me. He said, ‘she is our mother; we don’t have to harm her’. They forced him to leave the house and three of them stayed back at my home. Then they raped me in turns

TPLF fighters also subjected the women to degrading ethnic slurs, such as ‘donkey Amhara’, and ‘greedy Amhara’. In some cases, the TPLF forces told women they were raping them in revenge for the rape of Tigrayan women by Federal government forces. Amnesty International previously documented widespread rape and sexual violence by government-allied troops and militias in Tigray

Hamelmal, who said she was raped by four TPLF fighters, told Amnesty International:

“The one who raped me first is their superior. He was saying ‘Amhara is a donkey, Amhara has massacred our people (Tigrayans), the Federal Defense forces have raped my wife, now we can rape you as we want’.”

Meskerem, age 30, who told Amnesty International that three TPLF fighters raped her and beat her with the butts of their guns, said:

“They were insulting me, calling me ‘donkey Amhara, you are strong, you can carry much more than this’. I was unconscious for more than an hour.”

Amnesty International heard that, after raping the women, TPLF fighters then looted their homes. Survivors, many of whom live hand-to-mouth by working in low-paid and informal jobs, running small businesses or engaging in sex work, described fighters stealing food, jewelry, cash and mobile phones.

Meskerem, who sells kollo [a local cereal-based food], told Amnesty International that: “Four of the soldiers came to my restaurant and they ate and drank whatever was in the house. Then two of them raped me. They also took my ring and necklace.”

Frehiwot said she was gang raped several times by TPLF fighters between 12 and 20 August, and that one fighter stole her phone and cash.

Tigist said the TPLF fighters who raped her on 12 August also destroyed her shop items and took her jewelry:

“They took my property. After they drank the beer, they broke the beer bottles in four caskets. They also broke the two caskets of soft drink and took my gold necklace. They also took my beddings. Now I am not able to [run] my business as before since I lost all I had. I am only selling coffee… I am also a sex worker. But it has become difficult for me to trust anyone after what they did to me.”

Fifteen of the 16 rape survivors Amnesty International interviewed described suffering physical and mental health problems as a result of the attacks. They described a variety of symptoms including back pain, bloody urine, difficulty walking, anxiety and depression.

While two of the women have sought basic private medical treatment since the rape, damage and looting to the town’s hospital and health station by the TPLF attack has meant that none of the survivors interviewed has been able to access comprehensive post-rape care, including emergency contraception, post emergency prophylaxis for HIV and sexually transmitted infections, assessment and treatment of injuries, or focused therapy for mental health care. An NGO that normally provides such services told Amnesty International that it cannot access the area due to security concerns prompted by the government’s hostile public statements about international humanitarian organizations.

Bemnet, who has a pre-existing medical condition as well as back pain and other symptoms as a result of the rape, said: “I am just relying on God to save me.”

Selamawit, a 20-year-old domestic worker, told Amnesty International that three TPLF fighters raped her on 12 August. She said she is now pregnant due to the rape, but wasn’t able to access any medical services.

Many of the survivors told Amnesty International that they have developed anxiety and depression since the rape.

Amhara regional government officials told Amnesty International that NifasMewcha residents, including 54 rape survivors, had received livelihood support since the attack. They also said they are preparing to restock medical equipment and other supplies to looted hospitals and facilities in the region, and to provide counselling and psychosocial services for the survivors.

The Ethiopian government must speed up efforts to fully support the survivors of sexual violence and the conflict’s other victims. As an urgent first step, it must facilitate immediate and unhindered humanitarian access to all areas of northern Ethiopia impacted by the conflict.

“The Ethiopian government must speed up efforts to fully support the survivors of sexual violence and the conflict’s other victims. As an urgent first step, it must facilitate immediate and unhindered humanitarian access to all areas of northern Ethiopia impacted by the conflict,” said AgnèsCallamard.

“The government must also ensure allegations of all sexual violence are promptly, effectively, independently and impartially investigated. They must bring those suspected of criminal responsibility to justice in open, accessible civilian courts in full compliance with international standards for fair trial without recourse to the death penalty and reparations for the survivors.” 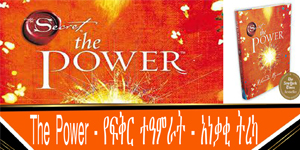