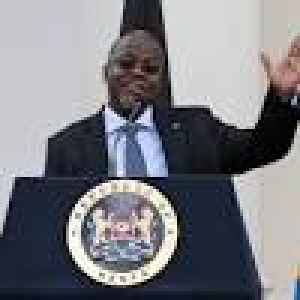 In just a month, Tanzania went from having only 20 coronavirus cases recorded to 480 cases, an alarming increase which puts the country with the highest number of cases in East Africa. However, the country’s president John Magufuli is convinced the number may be exaggerated due to technical hiccups with the imported testing kits.
Magufuli, who holds a doctorate in chemistry, said the testers had randomly obtained several non-human samples on animals and fruits which included a sheep, a goat and a pawpaw and the results came out positive. The samples were given human names and ages and were submitted to the country’s National Referral Laboratory to test for coronavirus without the lab technicians knowing the true identity of the samples.
This apparently prompted Magufuli to believe some people who were tested positive for Covid-19 might not have contracted the novel virus after all. “I have always raised my suspicions about how our national lab has been conducting the Covid-19 cases,” he said at an event in Chato in northern-western Tanzania. The president, who has ordered a probe into the country’s testing protocols, insinuated possible interference by unnamed saboteurs.
But Tanzania has long been criticized by public health experts for enabling  a more relaxed approach to the pandemic compared to the strict lockdowns and restrictions in neighboring East African countries. Instead Magufuli has asked Tanzanians to pray away the virus and left places of worship open since the Covid-19 outbreak began.

The additional pressure on the president has come after three members of parliament in the opposition party died with suspected Covid-19 symptoms over the last two weeks. The opposition party is now refusing to come to parliament as they try to self-isolate while Magufuli has threatened to charge them sitting fees in their absence.
Magufuli is now putting his trust on a herbal treatment touted as a cure for Covid-19 by the president of Madagascar Andry Rajoelina. However,  the World Health Organization (WHO) has warned that there was no proof of any cure.
“I am communicating with Madagascar, and they have already written a letter saying they have discovered some medicine. We will dispatch a flight to bring the medicine so that Tanzanians can also benefit. So as the government we are working day and night,” he said.
The Republic of Congo and Guinea Bissau are other African countries who have promised  to import the herbal remedy.
Soon after Magufuli was elected in October 2015, Tanzanians and even other Africans, celebrated his “bulldozer” persona for getting things done such as firing a number of government top officials in his anti-corruption crusade with impromptu visits to public institutions. The hashtag #WhatWouldMagufuliDo? trended on Twitter during this honeymoon period and seen as a wake-up call for other African leaders to emulate the no-nonsense Tanzanian leader.
Over time that shine has worn off with media clampdowns and the president has come under fire for the country’s deteriorating human rights situation which included a policy on banning pregnant girls from school.
The country is set to hold elections later this year, with Magufuli likely to contest again.
(Source:- QUARTZ AFRICA, By Rabson Kondowe
May 4, 2020) 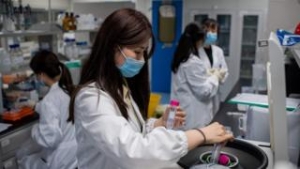 More than $8bn (£6.5bn) has been pledged to help develop a coronavirus vaccine and fund research into the diagnosis and treatment of the disease.
Some 40 countries and donors took part in an online summit hosted by the EU.
EU Commission President Ursula von der Leyen said the money would help kickstart unprecedented global co-operation.
She said it showed the true value of unity and humanity, but warned much more would be needed in the days ahead.
In total, more than 30 countries, along with UN and philanthropic bodies and research institutes, made donations.
Donors also included pop singer Madonna, who pledged €1m ($1.1m), said Ms von der Leyen, who set out the Brussels-led initiative on Friday.
The European Commission pledged $1bn to fund research on a vaccine. Norway matched the European Commission's contribution, and France has pledged €500m, as have Saudi Arabia and Germany. Japan pledged more than $800m.
The US and Russia did not take part. China, where the virus originated in December, was represented by its ambassador to the European Union.
The UN says a return to normal life will only be possible with a vaccine.
Dozens of research projects trying to find a vaccine are currently under way across the world.
Even with more financial commitment, it will take time to know which ones might work and how well.
Most experts think it could take until mid-2021, about 12-18 months after the new virus first emerged, for a vaccine to become available.
•    (Source:- BBC, 4 May 2020)

Africa: Spared of the worst, or bracing for the worst?

BY AREGU B. WONDIMUNEH
Poor healthcare infrastructure and fragile economy, among other things leave Africa in an
extremely vulnerable position for the worst form of COVID-19 outbreak.
No wonder that projection models and expert analyses suggest that Africa could be the
hardest hit ever. Nonetheless, as they stand today, things are not all that gloomy, even
though there are 36,851 confirmed cases so far in the entire continent, of which more than
1, 590 have succumbed to the virus. One life lost is one too many. However, considering the
number infections and deaths in a continent that has a total population of more than 1.2
billion, one can only safely conclude that no country in Africa has a pandemic situation
that gone out of control yet.
Health experts have always worried that measures such as testing for COVID-19, contact
tracing and social distancing could be very difficult to implement in Africa. That will in
turn make the entire pandemic response mechanism less effective and hence giving the
virus a chance to spread wide across the continent and kill as many people. Many countries
in the continent have a long way to go in terms of building the capacity to be able to ramp
up testing and contact tracing efforts.
However, at this point, it might be early to determine how effective the pandemic response
measures the countries put in place have been. According to available data, so far, only a
little more than half a dozen out of the 54 countries have confirmed cases that has hit a
four-digit mark.
One may wonder how come a pandemic that has taken a heavy toll in the wealthiest
countries such as the US, Italy and Britain could have a lesser impact on the African
continent.
Of course, there is a more logical explanation to that: True, Africa has one of the youngest
populations which means there is a lower rate of COVID-19 related deaths. The fact that
the continent has prior experience dealing with pandemics such as Ebola and HIV/AIDS
will help countries to implement a much more effective mitigation mechanism this time.
The response measures taken by many African countries were quick as well.
All these and other factors combined, can be enough a reason to remain cautiously positive
about what the coming few months hold for Africa.
However, Africans should by no means let themselves fooled by these seemingly positive
developments into easing the social distancing measures. There is no logical ground to be
complacent at this stage as the continent is not out of the woods yet. As the popular adage
goes, “it is not over until it is over.”
(Source:- NBE Blog)