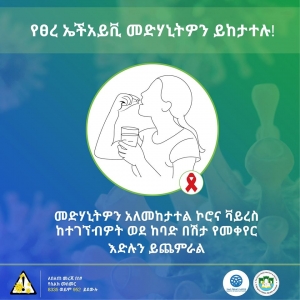 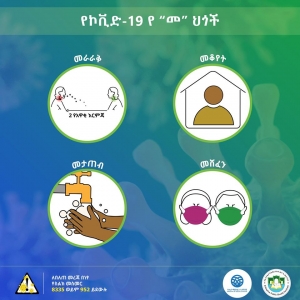 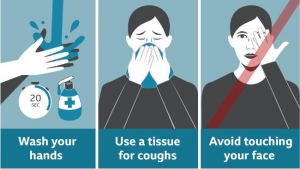 Coronavirus: Most Africans 'will go hungry in 14-day lockdown' 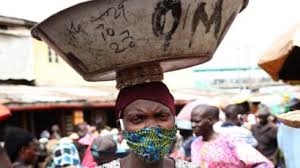 More than two-thirds of people surveyed in 20 African countries said they would run out of food
and water if they had to stay at home for 14 days.
Just over half of the respondents said they would run out of money.
The Africa Centres for Disease Control and Prevention research was conducted to help
governments map out future policies on how to tackle coronavirus.
It warns that if measures are not adapted to local needs, there is a risk of unrest and violence.
The report, Using Data to Find a Balance, shows the difficulties of maintaining strict lockdown
policies on the continent.
The research was conducted between late March and mid-April in 28 cities in 20 countries to
assess the impact of the crisis and people's attitudes to restrictions that had already been imposed
in some areas.
Several African countries which had responded swiftly to the coronavirus threat are now easing
restrictions.
"The proliferation of peaceful protests demanding government relief is evidence of the strain
some people are already under, and highlights gaps in current responses," the report says.
But it found that there was currently general support for restrictions that had been put in place.
Opposition was highest to measures such as closing workplaces and shutting down markets.
 ‘Without food, we’ll die inside our homes’
According to the survey, the lowest-income households expected to run out of food and money
in less than a week.
In Nigeria and Kenya, social media users noted that hunger in urban area was forcing them to
violate stay-at-home orders, it said.
The findings chime with a story that viral last week of a Kenyan widow who was found cooking
stones for her eight children to make them believe she was preparing food for them, saying: "I
could do nothing because I had nothing."
Food and water
Barrier to a 14-day stay-at-home order by region
Source: Using Data to Find a Balance
The researchers have recommended that governments need to communicate more effectively
with their citizens and properly inform them about the reasons behind the measures that are
being taken.
"What we've learnt from Ebola and other outbreaks is that countries need to decentralise the
response to the community level and increase their capacity to identify and diagnose cases," said
Matshidiso Moeti, Africa director of the World Health Organization (WHO), which also
commissioned the research.
Governments in Africa have been facing a dilemma when deciding how best to respond to the
pandemic.
Millions need to leave their homes every day to go and work to feed their families.
"Countries now must find a balance between reducing transmission while preventing social and
economic disruption," the report says.
So far Africa has recorded nearly 50,000 cases of Covid-19, the respiratory infection caused by
coronavirus, with just under 2,000 deaths.
The report recommends that while caseloads remain low, countries on the continent need to
"build public health capacity to test, trace, isolate, and treat cases" as the necessary foundation
for reopening societies.
(BBC)